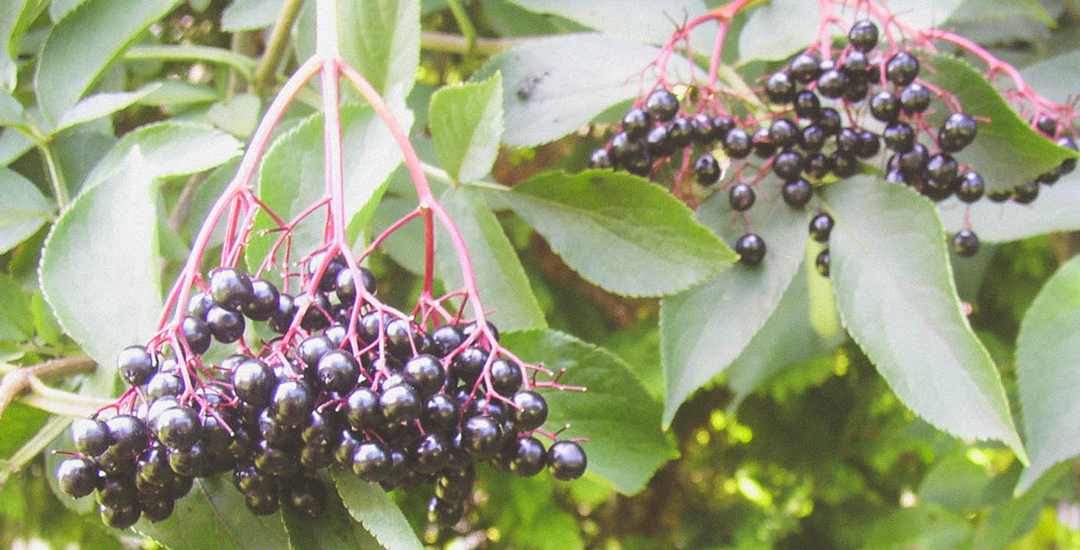 From an experiential assignment in December 2012…

Oh, old friend elderberry. There was only a small amount to play with this month, but play I did, and she certainly offered plenty to write about!

I settled in first with a meditation. I think I went a bit wrong there, skipping that initial meditation with the plantain last month, especially considering the stormy energy it brought with it. At any rate, I took the small, flattened paper bag up to my room. What came of it was, in part, simply the idea of something fresh yet familiar; that chance to let go of the turbulence of the previous weeks and get back to a peaceful and joyful place. As I emptied my mind and set the elderberry alone in my consciousness, I was filled with a warm, deep, calm. I can only liken it to that moment before you drift into sleep.

It turns out, that period of meditation was a setting of the stage; a much-needed realignment to a quiet space. Then, as with a cherished longtime friend, after sinking quickly into comfort, the space was held for moments of raw honesty, intense reflection, and ultimately growth.

That night I slept deeply and fully for the first time in a long time. I awoke feeling happy and warm and hopeful.

The next sleep with the elderberry brought a dream in three parts.

I discovered a looming Victorian house in the woods. Its face was a broad canvas for the movement of light and shadow that comes with late afternoon sun streaming through mature trees, while summer slowly begins to loosen her fingers. It had a long history, and though tired, welcomed us to itself on that balmy day. Purchased with two other families, we totaled 6 adults and 8 children in all. We had set our hearts on coming together as a little community. Something had happened in the world and we each had a certain urgency about us, but this was our place. The kids settled quickly and were happy. Rory (my eldest) featured heavily. In one scene, he ran across the porch and jumped off of the stone front steps and realized he couldn’t fly when he came crashing to the grass below. He hurt his leg, but not as badly as it looked.

In the next part, I was driving a car down the dirt path through the woods away from the house. A few others were with me. Suddenly, we were thickly surrounded by fawns and couldn’t move anywhere, so we sat. We were conscious that it was a sign. We sensed that we were cared for, but that they were giving us a warning, and didn’t continue on. Eventually, after they’d dispersed into the shadows, we turned back. The time was dark but serene, late evening, with subdued light showing through the trees.

Finally, we found ourselves in a circle in front of the house. It was completely dark, but definitely in the first half of the night. Whatever we were about to do hadn’t quite started yet, and I was intent on talking to Rory with telepathy. We were playing a game in which I would test him by loudly sending him numbers and he got every one correct. I realized that he’d likely hear me even if I sent them as a whisper. We were so connected and happy, and I was incredibly proud.

I awoke then and had a really difficult time shifting myself out of the dream world and into reality. It made for a long day, though writing it out helped.

Later in the week, I dug out my big bottle of tincture from last year to sample with new focus. It was amusing to me that, despite the meditation provoking such tangible warmth, the tincture was distinctly chilly and settled resolutely in the middle of my chest. It offered brightness and openness, but not lightness in its cooling. It stayed decidedly out of my head.

Having felt cut off after my dream, I kept the bag of elderberries in my room. The next dream was far shorter and very different. I couldn’t remember the details, but it was the beginning of a series on mortality. Over a period of days, maybe even more than a week, these dreams pulled me ever deeper into the acceptance of the impermanence of those whom I love, and my physical body. There was a point, after growing depressed and losing a lot of sleep, that I finally realized that I needed to choose to step forward and not be afraid to touch darkness when in the midst of seeking light.

When I brewed an infusion, it offered a mild and pleasant sour flavor. The warmth of the tea was juxtaposed with the cooling sensation that again headed straight down my throat to my chest, but no further. I tried adding a shot of vodka to part of the infusion since an enormous bottle of Luksusowa with a broken lid happened to be sitting on my counter, leftover from a hop tincturing session I’d accomplished earlier in the day. Thinking it might add extra warmth, I took a sip and nearly spit it out. It was too revolting to notice much else. I did have a quick vision of curling into a ball and trying to protect myself from an attack, which struck me enough to make a note of it, but it was odd and brief. I’m not sure if the raise in body temperature was from the sip of alcohol or the disgust. The rest of that concoction went straight down the drain…

The last dream took a different turn and was in two unrelated parts, save for the space in which both took place. In the first, I was in a dark house, being led upstairs by a man in black. There were unrecognizable slaughtered animals, about half my size, hanging from the ceiling. The man commanded me to drink their blood. I struggled to speak, as is common in dreams, and when I finally forced out a stream of NO’s, they were to my poor husband who is not accustomed to me sleep talking. I didn’t wake fully, and drifted off again, to the same house, blessedly empty of men sporting vampiric tendencies. Standing there, I had the clear thought that it was my home and I didn’t fear it. Some people arrived and spoke to me about strange things they had experienced there. I didn’t quite believe the claims, but went up the stairs with them to investigate. Whatever spirit was there was angry towards the people with me and started swinging things around and showing off, brushing our skin with cold air, and swirling around dark energy with it. It was set on tormenting us, and I was thoroughly put off. With a surge of determination, I pulled myself out of fear by getting angry, growling at the spirit to “GO AWAY” several times. Of course, in reality, I was speaking to my husband at this point who was baffled and sympathetic. Fortunately, that was the last of it for the night. On the flip side, I finally got a little payback for the night, early in our relationship, when he (while sleeping) dumped an entire glass of water on me at 3am because I was clearly on fire. It’ll be interesting to see if I start to make up for the last decade of being told that there is an evil spot on the ceiling, and a mouse in the window!

My last adventure was with a decoction. I was more aware of the pungent odor of the berries and wasn’t particularly in the mood to work with them, but I dropped them in the pot and added water. Even with the cold temperature, the water began to darken, and with the addition of heat, the smell of the liquid promptly shifted to rich and syrupy, reminding me of last year’s bottles of elderberry syrup, without the lovely ginger and cinnamon to offset it! The brew was almost thick when I strained it, and held the same tone or essence as the elderberry extracted as a tincture, without the alcohol. The taste was a thick and oily sweet/sour, though not heavy, and the full-bodied scent of the dried berries had been assimilated into the water. As with the rest, it brought coolness and openness to my chest, just more slowly and gently than the tincture.

This month, I dwelled heavily on the dreams because they have been so persistent and very different from my usual state of affairs. While this month they leave me with a vague feeling of going “one step forward, two steps back,” I am compelled by an internal voice to accept this pattern as somehow leading me still deeper into my current soul work, as well as my understanding of the herbs that I study.

More and more each month, I recognize and embrace the unique opportunity to take an intense look at these predominantly familiar plants and welcome the energies that they bring during this particular life chapter, adding to my own unique energy and helping to shape me and guide me towards a strangely uncertain future.

For this, I am filled with gratitude.