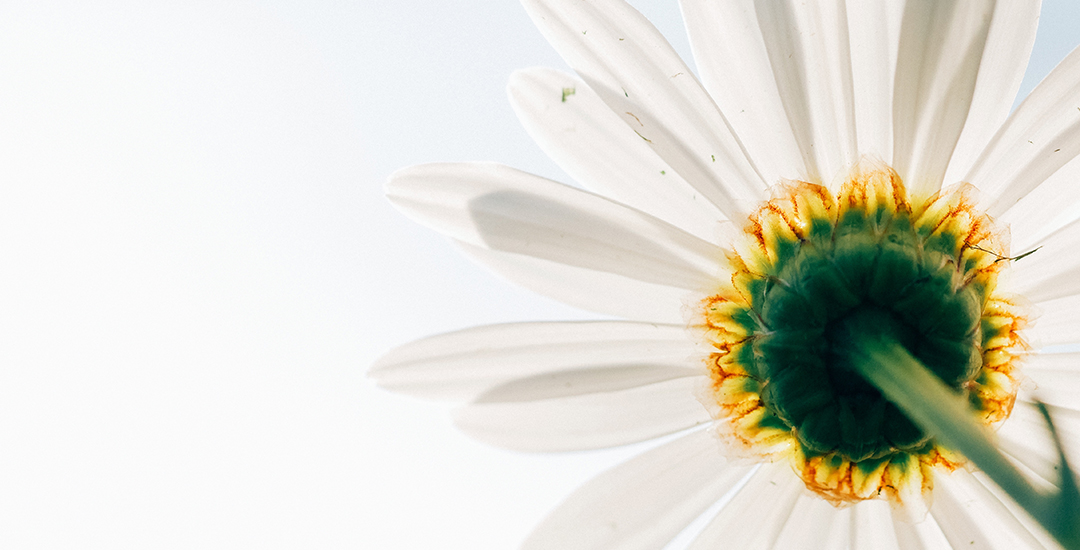 **From a prompt to: Write a scene using the words concrete, bacteria, and daisy.**

When I fell, the tears pricked instantly and threatened to flood over. I inhaled sharply and held my breath, fighting back the urge to sob, even though I was alone.

The first salt water escaped as I pushed myself up from the concrete, just as I felt the first drop of blood trickle, in tandem, from the gash on my knee.

I don’t fall often, as an adult, but when the ground meets me abruptly, and I feel that wave of injustice – that utter lack of control in the moment – the world winning – the sharp and sudden pain, my empathy for small children blooms. Every time.

I miss my mother. She struggled with a lot of things, but at nursing hurts, she was a queen, shining brightest in the moments when many panicked or cowered. It was the mundane that gave her hell.

I wish I’d had the capacity to find compassion for the humanity of my parents before they were gone.

“Excuse me, miss, are you alright.”

I had squatted down to retrieve my handbag. Been lulled by the meditative work of picking up everything that had escaped it, and promptly left my body, with its banged up bits, and fallen down the rabbit hole that is my own head.

I snapped back into reality, and winced. “Uh, yeah, just tripped.”

“You’re bleeding. Need a hand getting cleaned up?”

I hate it when people state the obvious. I bit my tongue to keep from snapping at him. He seemed genuine enough and my clumsiness wasn’t his fault.

I wasn’t forming complete sentences. I was still half-stuck in my daydream.

“Are you sure you didn’t bump your head?”

Oh god, he noticed that I sound like an idiot. And I haven’t even stood up to make proper eye contact. “No, actually, I always sound like this when placed in awkward situations with strangers.” Gah!

“Really. No. Late for work.” I tried to smile, but it was surely a grimace.

He fished around in his jacket for a moment, eyebrows drawn, until his hand emerged with a small metallic packet.

I rose and took a step back, eyes like saucers, pulling my bag to my chest. Why on earth was this man handing me a condom in the middle of a sidewalk in Philadelphia??

He cocked his head quizzically until the realization hit and a flush bloomed on his cheeks. Now he was feeling awkward.

I couldn’t resist indulging in a little smugness as the relief hit.

He pulled himself together far faster than I could, then, with a deliciously endearing little smirk that made my insides turn to jello…

As I grabbed the packet from his outstretched hand with a mumbled, “Thank you,” and shoved it, a little too harshly, into the closest pocket, he looked pointedly at my bottle of kombucha that had rolled out of my fallen bag and up against the bricks of the building whose wall I desperately wanted to disappear into, then back at me, and winked.

The smile crept across my face before I could stop it, and for five holy seconds, we stood there, grinning at each other, eyes locked, street sounds lost in the vacuum of that moment of connection.

He looked away first, as he bent down to pick up my now grimy bottle and handed it to me, top first, with a little bow.

“Take good care…?” He paused, waiting for my name.

It was five seconds of thinly veiled sadness this time, as if we knew we’d probably never cross paths again.

With a small wave and a halfhearted smile, he walked away.

I didn’t resist the urge to look over my shoulder and watch the movement of his back until he turned the corner, or the sigh that came, unbidden as I did.

The blood had dried on my leg, a strange, rust colored map.

I reached into my bag and retrieved the sanitary wipe, not seeing the business card that had been handed over with it.

I cleaned myself off, newly fascinated by this creature who not only knew of the health benefits of kombucha, and carried around tiny cloths soaked in lavender oil to kill bacteria, but had cared enough to stop at all, and didn’t run away, even when part of me had really wanted him to.

For lack of a trash bin, I forced my bloodied cloth back into the wrapper and tucked it, more gently this time, back where I’d pulled it from.

With a final glance at the ground to be sure that none of my possessions had camouflaged themselves, I noticed a single daisy, peeking up from the crack that had started it all.

I was tempted to pick it. A small souvenir. But thought better of it.